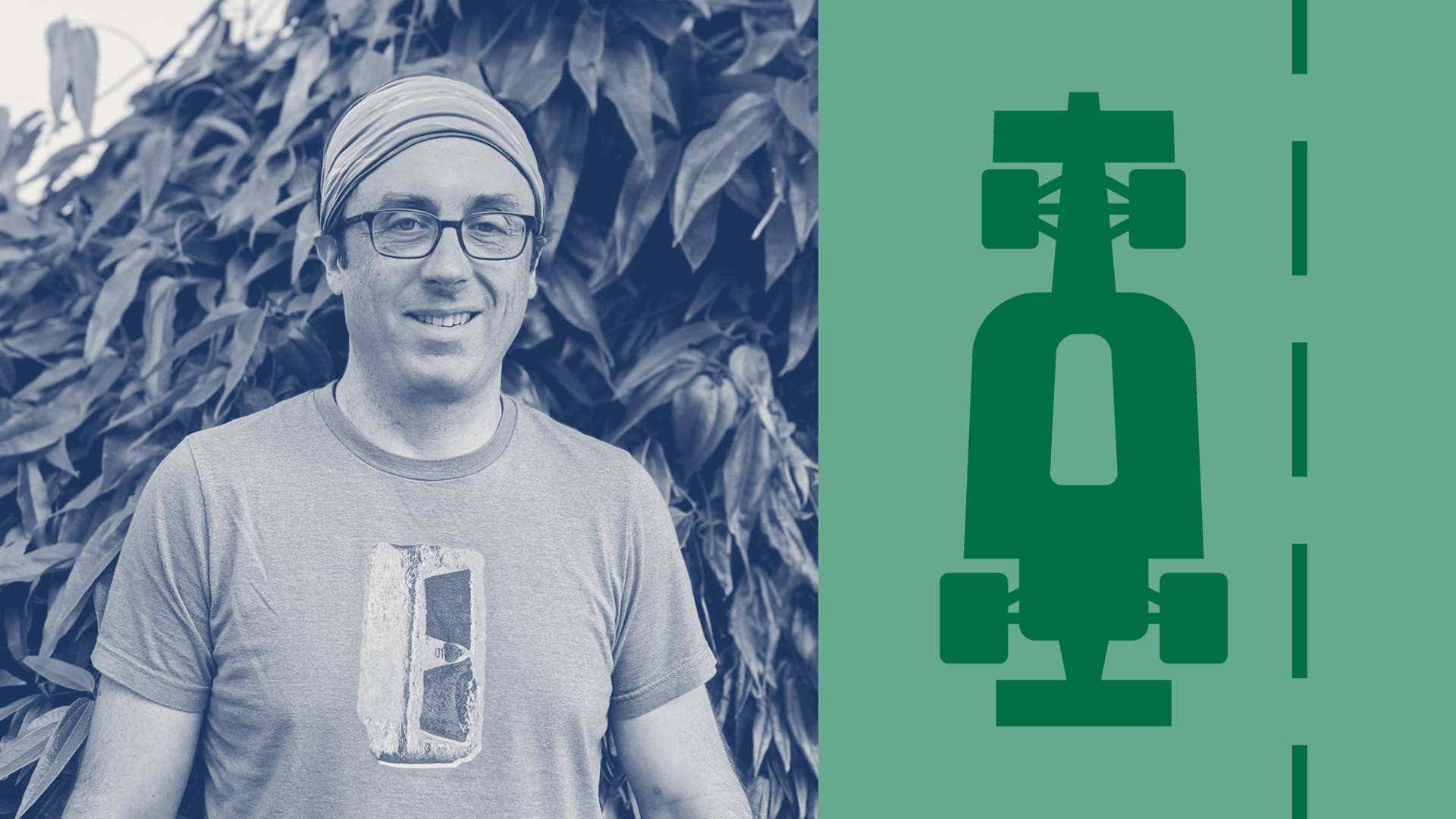 By PEAK6
Dan Grabski is not only a software whiz, he’s a former U.S. national champion in orienteering, who also has experience programming F-22 figher jets.
Dan Grabski, software engineer on Apex Clearing’s cash management team since April 2020, was the 2017 U.S. national champion in orienteering—a sport you’ve probably never heard of but is all the rage in Scandinavia. He helped Andretti Autosport edge out its competitors to win the Indy 500 in 2007 by developing simulation software to optimize racecar setup for changing weather scenarios. Here’s what Dan had to say about optimizing racecar performance, learning to program F-22 fighter jets and what else he’s been up to over the years.

I’ve always been interested in engineering. I studied mechanical and electrical engineering at the University of Rochester and lived on the “computer interest” floor in my dorm. I got a great introduction to computer science. I’d been interning with the Air Force Research Laboratory near where I grew up in upstate N.Y. since high school. It’s where I first learned how to program. One of my main projects was to create new software to control an F-22 fighter jet that was mounted upside down on a hilltop for training. I did a presentation on that to colonels and commanders at the end of my summer internship. It was quite an experience.

I worked in motorsports doing engineering in Indy car racing after college for Fernandez Racing and Andretti Autosport, creating software for simulation and race strategy. I also wrote some simulation software to figure out the right set up for the racecar for Andretti Autosport. As the weather changed, we were able to change the setup on the car. I think it was why we got a leg up in the Indy 500 in 2007.

When I first moved to Portland, I worked in semiconductors. I did one project engineering a system that controlled several pumps in a semiconductor plant. The customer wanted an update to the software, so my boss and I went to the facility. They didn’t want to interrupt their production and shut down their line, as each minute of line downtime cost the company $200,000. I hit the update button. Immediately, an extremely loud alarm buzzer went off inches away from me. I nearly had a heart attack, thinking the alarm was on our line, but it turned out it was another piece of nearby but unrelated equipment. Phew! It all worked, and the company preserved its uptime.

My next big challenge:

I enjoy learning new languages, and not just in the world of technology. I took five years of French in high school. In college, I took Italian and Japanese. Programming languages are interesting to me in the same way; each language has things that make it unique. When you know a lot of languages, it’s easier to figure that the best way to solve problems.

In my copious amounts of free time (my partner and I have a 21-month-old), I enjoy orienteering. You get a topographical map and compass and you have to run through the forest locating control points. It was initially a navigation exercise in Scandinavian countries. I won the Masters’ Night Orienteering Championship in 2017. I’ve done an international orienteering race in Hong Kong. I also go to Burning Man regularly and volunteer with people in crisis at the event.

I love that our software is involved in making all of these well-known fintech apps run successfully and move money around. It’s pretty cool to know that I’m in the background, making it all work.