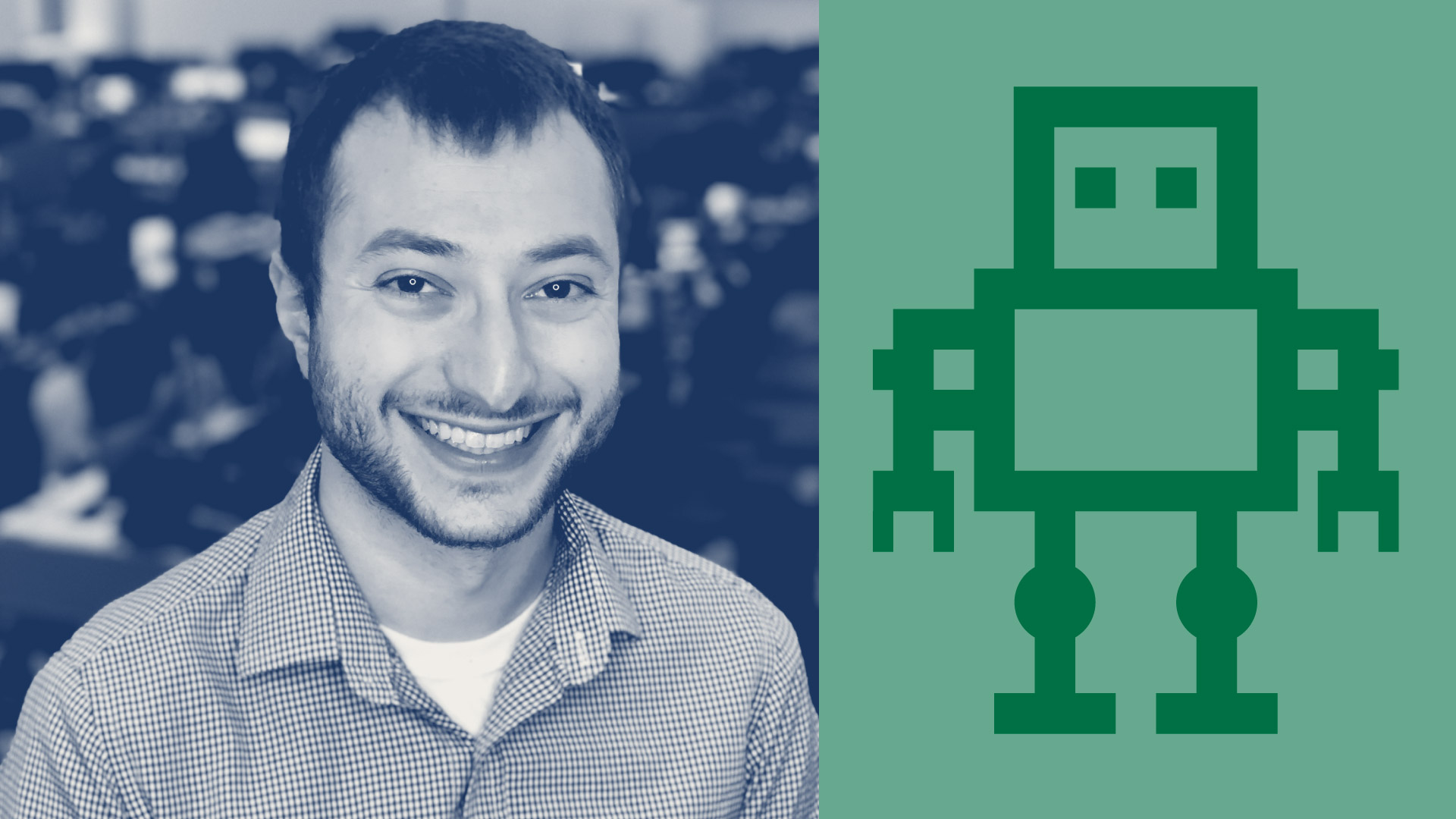 By PEAK6
Jake Goldrich came for the robots, and stayed for the technology challenges, leadership opportunities and the “near-constant” collaboration.
It was playing with programmable robots at a recruiting event that first drew Jake Goldrich to PEAK6. Jake, who studied aerospace engineering and computer science at the University of Illinois at Urbana-Champaign, says that what stood out initially was both the focus on technology and the equal focus on soft skills that led him to join PEAK6 Capital Management in 2017. Here’s what Jake had to say about the tech, the teamwork and his hackathon-born app.

I’ve always been a math and science person, and like to learn about how everything works. This led me to aerospace engineering at the University of Illinois, but I was surprised that the aerospace program didn’t have a single computer science requirement. It felt like a gap. I started taking computer science classes and found it amazing to build things that real people could use. When I was programming, time just flew by.

I was part of a project that started at our hackathon to create a web application for a mock trading game, Almanac, which our traders play as training. We used to play it on a white board. Over a series of hackathons, we built out a working product to represent the game on a website, and rolled it out to the whole firm. We had over 90 players at that first launch, and had more than 150 people sign up for a competitive series of games that ran daily for six weeks. Each game had more than 50 players. Because it was so successful, we started having weekly meetings with management to pivot this outside of CapMan. We launched at Apex Clearing a few months later. We still use the app—which we renamed to Mad Llama—internally for new traders, in our new hire orientation, and as a regular CapMan-wide series. Working on building out the game, launching it and figuring out how to scale it was amazing.

Not too long ago, we had to do a massive failover throughout the night, fixing things that were broken and recovering from that crisis. It started with a failure in a switch in one of our servers in a primary data server. The first person on our team was alerted at about 2 or 3 a.m. Our team began urgently debugging these massive failures and trying to get systems back online and working before the market opened. It was a herculean, all-hands-on-deck effort but we were able to get our systems up very near market opening time. Once we achieved that, there were major things that we had to fix throughout the day to keep our system functioning. When the markets closed that day, the traders stood and applauded us.

I play guitar, read, watch TV. I’m on my second time through the series Scrubs. It’s a good way to relax at the end of the day. The current list of books on my nightstand includes Principles by Ray Dalio, the founder of Bridgewater, Talking to Strangers by Malcolm Gladwell and Elon Musk: Tesla, SpaceX, and the Quest for a Fantastic Future by Ashlee Vance.

I like Apache Airflow. In fact, I brought it to PEAK6 as one of the first projects I did, a project to modernize our overnight process for clearing. Airflow is a Python library that makes it easy to build data pipelines while specifying explicit dependencies in the code. This platform has a powerful user interface and using it has been a win in modernizing our overnight clearing process. More recently, we are also using it to run analytics and publish derived calculations that get used in our traders automated strategies and also in our consolidated audit trail.

I’ve been volunteering as a mentor for a Chicago Public School student through a workplace mentoring program, WITS, for the past two years, with Drake Elementary School. I partner with another employee to mentor a curious and talkative 6th grader named Trevonna.

It’s definitely the collaboration with so many people, from junior level to highly experienced professionals, from systems to network. In addition to the full tech team, I collaborate on a daily basis with traders, business stakeholders, operations, risk, recruiting. It’s so cool to learn from so many different people who think differently and have such diverse expertise.