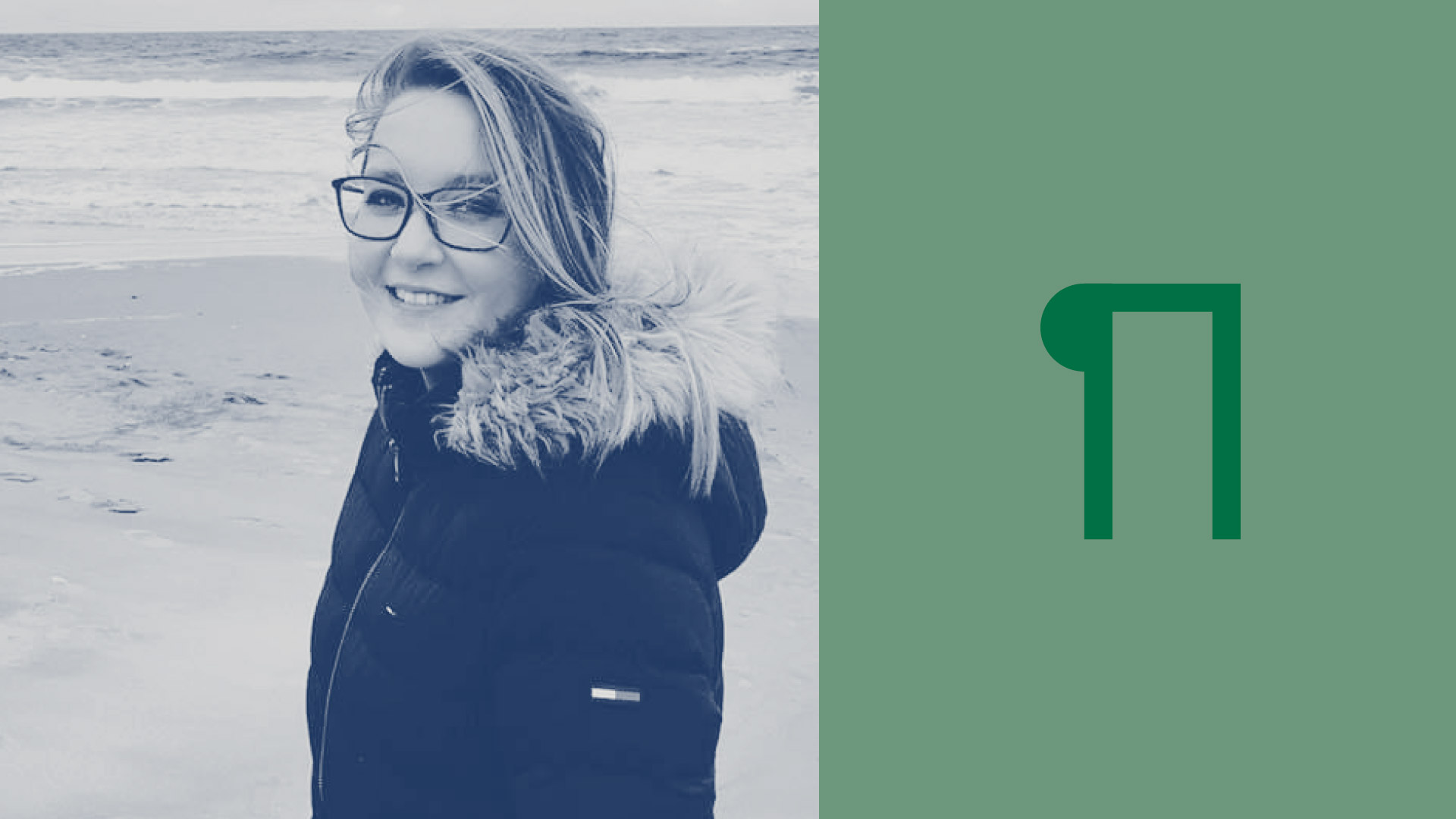 By PEAK6
Lynsey Ussher keeps cool under pressure—especially during a software crash.
Lynsey Ussher hasn’t let a pandemic keep her from doing what she loves—mentoring others, learning new computer languages and fostering diversity in her tech community. Originally from Londonderry, Northern Ireland (cue the Netflix Derry Girls references—Lynsey is very used to them), she’s spent nearly a decade in Belfast honing her tech skills while mellowing her accent.

I’m a software developer focused on business automation for PEAK6 Northern Ireland and Apex Clearing. We recently built our own risk dashboard for our trading risk team. They decide how much money the company needs to have available for any trades coming in to mitigate risks.

At Queen’s University, I got my degree in applied math and physics. As part of my coursework, we did C programming. I have been hooked ever since. After I left uni, I went straight into software.

At my last job, at Irish company Teamwork, I was part of a team that launched a content collaboration product called Teamwork Spaces. It was a big accomplishment to get it from beta to production. I’d always done client work consulting prior to that. As a consultant, you’re handed a brief that essentially says: build this. In developing and launching Spaces, we were a small close-knit team that was just trying to develop something people would want to pay for. And we really cared about the product. It was amazing to see it out in the wild, with people using the features we designed.

Right after uni, I was on a project building a corporate real estate interface. I’d been at the company about a year. One day, when the lead developer and product manager were gone, the whole product went down. It was an insane moment. The product was all built out of SQL stored procedures, which are notoriously crazy. It was incredibly nerve-wracking. Ultimately, I decided to try turning it off and on again. That fixed it. I don’t know what I would’ve done if it hadn’t. One good thing that came out of that experience is I’m super chill now. I know I can deal with anything.

Tech wise, I’ve primarily been a back-end developer. But now I’m on the business automation team and we’re light on front-end developers, so I’ve jumped in. It’s great to have the full picture from back end to front end. It’s enhancing my skills as a dev. I recently learned React, a front-end language that I hadn’t known before joining PEAK6.

When I’m not working

I’m lucky. I live in Belfast, but on the border of the countryside near loads of mountains. I go hiking with my black lab, Piper. There’s not much else to do now. We’ll take her on a 26-kilometer hike and she’s still raring to go when we get back. I also like to cook and bake.

I haven’t made any contributions yet, but I’m a big fan of Golang. I was a Golang developer at a prior job. It’s a small, concise language written by developers for developers. Golang is still growing and developing, unlike Java or other languages that have been around so long that they are basically complete.

I recently signed up to join GoBridge as a mentor. The mission is twofold: 1) enable minorities in tech to use Go as a tool to learn and teach programming and 2) empower underrepresented groups in tech to help increase diversity in the Go community. I’m excited to bring more women into the Go community and into tech that might not otherwise consider it.

Best part of my job

Hands down, it’s the team I work with. The business automation team is amazing, helpful, lovely, and fun every day. There’s always someone to help if you need it. It makes such a difference.

Want to join our “amazing, helpful, lovely” team? Check out our open roles. Or meet some more of our people, including Amy, Sean, Shafika, Carmen or Lan.