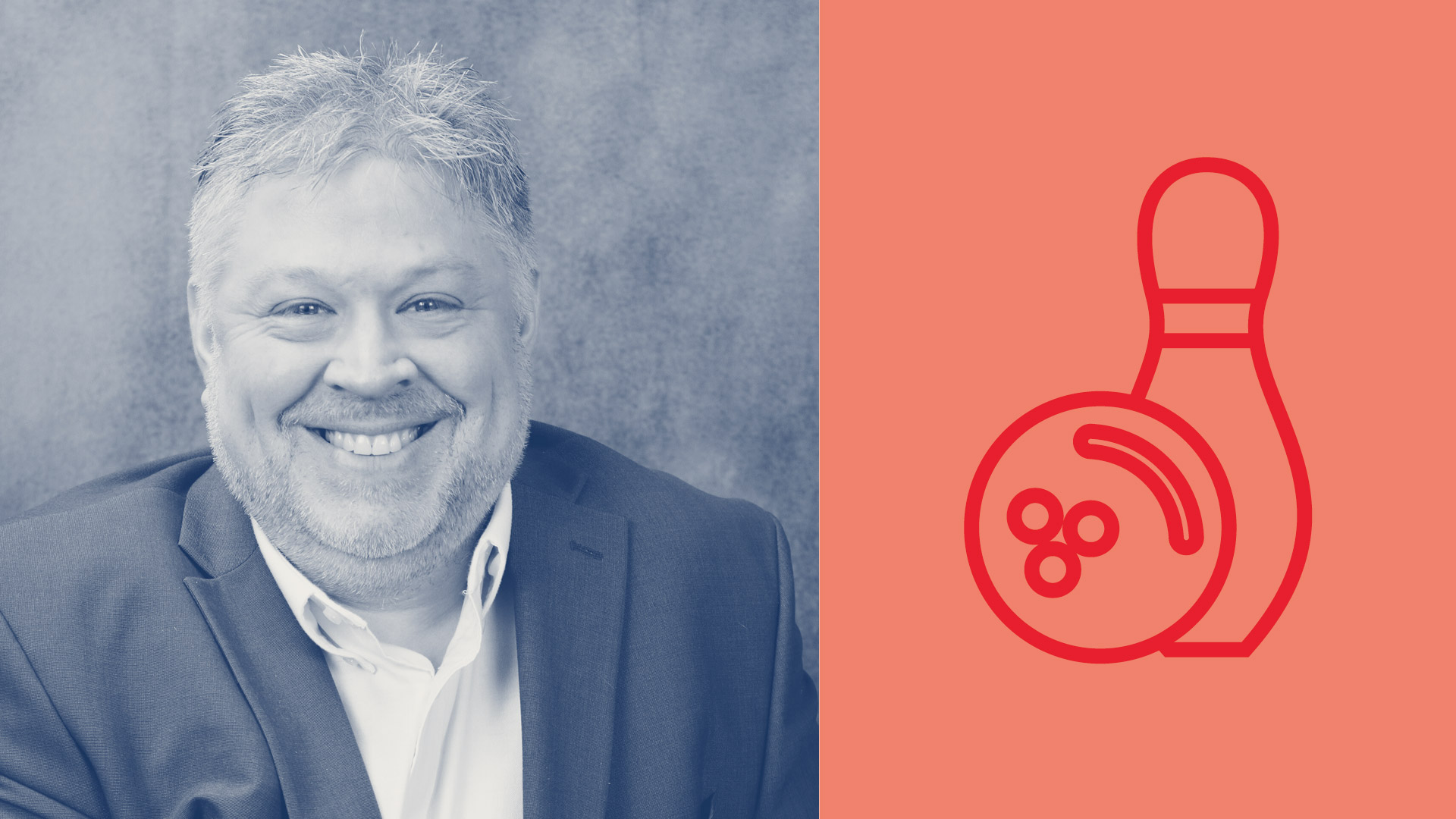 By PEAK6
Software quality and mentorship are right up Sean Frank’s alley.
Sean Frank, software quality assurance (QA) leader with National Flood Services, who joined PEAK6 after seven years of testing software at Microsoft, “loves things that are complicated and that you can’t easily master.” QA is one of those things. Bowling is another. (Fun fact: one of the bowling teams on which Sean plays is called, simply, Montana Jerky Company, after its beefy sponsor.)

I lead a team of individuals at NFS who test the software we build for our flood processing systems. This includes planning and testing procedures from conception to production—using both manual and automated solutions. I currently have 10 people on my team in two roles: automation engineers and QA engineers.

I’ve always been into electronics since I was a kid. While I was in college, I dated a girl whose father had a computer services business and I spent time helping him out. I got the bug from there. What inspires me is the impact technology has on people. When I started to work for Microsoft, Bill Gates’ aspirational vision was to have a computer in every home and on every desk. It’s amazing to see how far technology has come since that time.

When I initially joined NFS, it was to do QA for a technology evolution project. That project ended up delivering ClaimsXchange, a customer support product that is still in use today, albeit not for much longer as we continue to upgrade our technology platform to be best in class. That was really cool to be a part of, and was transformational at the time. Before that project, NFS didn’t have a graphical user interface strategy for claims. That project introduced a .NET solution, which was truly revolutionary for NFS in 2008.

The craziest stories are usually when you’re up against a deadline and things aren’t going well. When I was on the Windows XP project at Microsoft, we worked so many late nights during high-pressure times that we brought sleeping bags to work to sleep under our desks. We’ve had some late nights at NFS, but I can happily say that I’ve never had to sleep under my desk.

When I’m not working

I am an avid bowler and golfer. Those are two things I’m passionate about. I’m on a couple of local bowling teams and a team that bowls nationally. And I’m president of the FVUSBC Bowling Association.

Bowling is so complicated it’s ridiculous. We’ve had a recent national change requiring removal of “balance holes” in balls. In the past, bowling balls could have an extra balance hole, now it has to be filled. It’s illegal in our league to use a ball with a balance hold. Association members have to either get a new ball or have the extra hole plugged.

Best part of my job

The best part is definitely helping people grow. It’s kind of corny, but I am passionate about helping people reach their potential. Every day involves a new challenge, a new technical problem, an opportunity to support my team to communicate, or balance work and home life. I love that part. I’m not going to lie: I have also really liked working from home over the past several months.