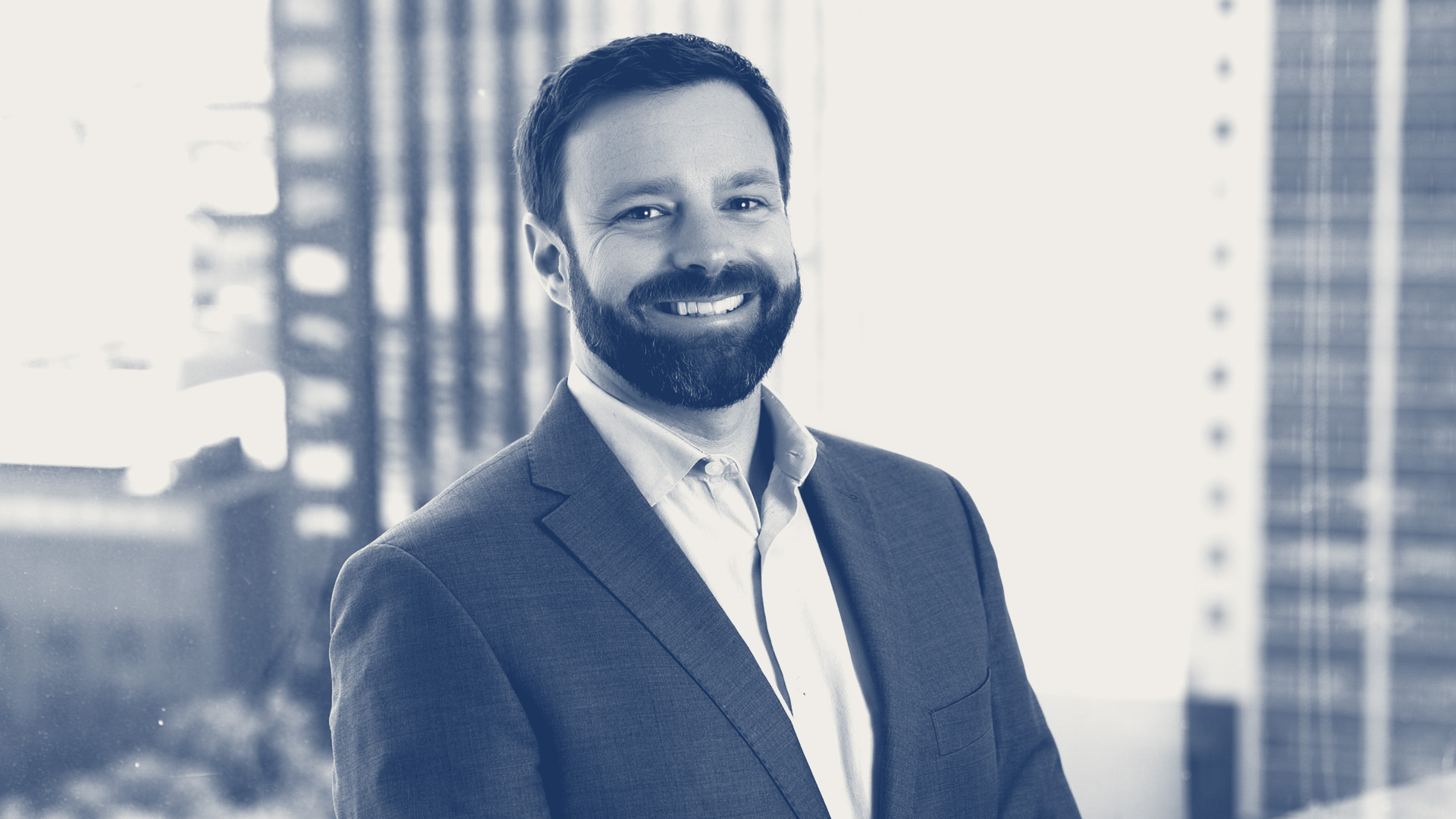 By PEAK6    |   December 15, 2020
Dustin Kirkland talks DevOps, open source and life.
Dustin Kirkland, chief product officer of Apex Clearing, a PEAK6 company, finds himself at the Dive Bar DevOps podcast to sip frosty beverages and talk life and tech with hosts Dave Ambrad, Tim Fairweather and Kyle Bassett. Dustin, who was awarded the “Master Inventor” designation while at IBM, shares how he found his way to fintech, how software patents can sometimes be more destructive than productive, and his ongoing devotion to open source. “Open source is in my DNA,” says Dustin.

Listen to the podcast episode or read the abridged transcript.

You are listening to dive bar DevOps brought to you by your pals at Arctiq, with your bartender and host Dave Ambrad.

Tim Fairweather: Dustin, tell us about what you do.

Dustin Kirkland: I lead the product management team at a fintech company called Apex Clearing, based down here in in Texas. We’ve been around for almost a decade as Apex Clearing, and we were a previous company before that. Over the last couple of years, we’ve really helped a number of companies recreate the brokerage and investing experience. It’s been a fun ride.

Dave Ambrad: So you guys are the middle-office provider during financial transactions?

Dustin: Yeah, we are the middle to back office. A lot of times you’ll hear those terms—back office, middle office, front office—front office being sort of the web interface or mobile interface that either investors or their advisors engage with through a web interface. We provide the middle office and the back office. The middle office, to some extent, helps administrators with your account—if you need to change your address or change your last name, if you got married or something like that. Sometimes that’s an automated process. Sometimes it involves some manual steps for security reasons. The back office is really the plumbing down deep in the in the system. That’s the books and records. It’s the actual execution of your trades or the cash movements. And so Apex really plays in the back two circles. And our customers engage with the retail clients.

Dave: You’re managing everything in the middle, but then also serving as the custodian for all the trades and everything?

Dustin: Yeah, the custodian actually holds the assets. We’ve got massive databases that track who has what. That’s your accounts, your balances and your positions. And with that, we generate your tax and cost basis information. When it’s tax season, we provide those tax statements to our clients and most pass through to the retail clients.

Dave: And how did you get into that? Have you always been in the financial sector?

Dustin: No, Dave, this is a this is brand new to me. I’ve spent 20 years in technology and cloud technology around open source most of my career. That really started with Linux at IBM around 2000. I worked at IBM for eight years on Linux and open source. I spent a year as an engineer-in-residence in 2005 at Red Hat. And then from IBM I moved to Canonical and got involved in Ubuntu. Very early on I was part of the team that created the Ubuntu server experience. That was my first real foray into cloud as we put Ubuntu into Amazon Cloud circa 2008. I did a little startup based on an open-source project that I co-authored around encryption and key management. That company was called Gazzang. We sold to Cloudera. And it became the security and encryption around Hadoop for Cloudera. At that point, I switched careers paths from engineer to engineering manager as the CTO of that startup. I moved into product management, and actually became a product manager for the Ubuntu server at Canonical, and then eventually the VP of product. And then I spent a couple of years at Google, on the Google Cloud team, working on Kubernetes. And I’ve been now in financial services at Apex for about a year. And it’s been a hell of a ride. What a different industry! I’d almost call it a second career at this point.

Dave: So you went from being the provider, like the IBM, Red Hat and Google, and then all of a sudden, you’re now in the end-user space? How was that?

Dustin: Yeah, it’s really interesting. We are now the consumer of those cloud technologies. At Apex, we use a ton of Ubuntu and a ton of Kubernetes. We use Google Cloud as our primary cloud provider, among others. I was always around financial services; we did a lot at Canonical bringing Ubuntu into the banks. We did a lot at Google bringing tools into the financial services sector. Obviously, IBM and Red Hat have been there a long time too. And I work with a number of clients in that space.

Dave: How is it different?

Dustin: I think part of it is just the fintech focus of Apex. We’re much more receptive, almost clamoring for, best-in-breed cloud technologies. Whereas as the provider, and especially as a product manager, I felt like I was pushing a snowball uphill, with some of these Wall Street banks, just trying to show them a better way. With public cloud with containers with Linux, with open source on our side and our customers, it is just the default now. We’re totally oriented around the best open-source and cloud technologies.

Dustin: I’m still involved in open source. I still am an Ubuntu core developer. I maintain a couple of packages in Debian. But it’s been a long time since I committed code to OpenStack or Kubernetes. That’s a ways in my past, though I still maintain a bunch of open-source packages. We have an open-source work group at Apex and our parent company PEAK6. I’m involved in that too. It’s a passion I’ll never get away from it no matter how deep I go into the financial services industry. There’s open source in my DNA.

Dave: Do you still maintain that engineering background?

Dustin: Yeah, for sure. I’ve got two little girls and they love a little bit of coding here and there. My 8-year old is all about it. Quick diversion here. When I was 14, that one of the first programs I remember writing was a Pascal program and it was a Star Wars trivia game. Basically, it had a database of 100 quotes from Star Wars and you had to guess which Star Wars character said it. It was probably 1993 that I wrote this, and I came across it recently. It was actually on a floppy disk. And with a couple of line changes, it compiled and actually runs. And so I put it in a Docker container. It has a little interface, so you wouldn’t run it on Kubernetes. But you would run it in Linux, with just a Linux command prompt. It’s got the worst ASCII art. You could imagine the flashing colors. It’s something else. But I compiled it. I showed it to my 8-year old daughter, and she played it for hours. I swear, she loved playing this cheesy game that I hadn’t seen in 25 years. And then she asked me at the end of a session, can you show me how it works? Can you teach me how it works? And so we actually started recreating it in Python, line by line. And that’s been a fun little COVID project for us.

Tim: I love that you mentioned Pascal because that was literally my first foray into computers.

Dustin: Yeah, something happened between BASIC and Pascal. I like BASIC, but I never could do anything useful or interesting with it. I know that there are people who’ve done brilliant things in BASIC, but I never could. It was in Pascal that I finally started doing fun stuff. That’s really what got me into programming when I was 13 years old.

Kyle Bassett: You spent some time at IBM. I have two questions for you. You’re a  “master inventor.” So tell us about that. And then the second question is: How the hell did you get out of IBM? Because most people that spend more than five years at IBM, they don’t let you go.

Dustin: I came to IBM as an intern at Tivoli in the 90s. Tivoli was pretty hot startup in Austin acquired by IBM. That job got me to Austin, a city I love. I was working on the build automation system for building Tivoli products on Linux. And it was about that time that IBM created the Linux Technology Center. After I graduated from college, I converted from intern to full time and really wanted to be part of part of that. And so I took the first job opening in which I could apply for an internal transfer. I landed on the security team. I made a number of friends there who are still just some of my closest friends in the industry. That’s how I got into eCryptfs, the cryptographic file system for Linux. That was the first feature I worked on at Ubuntu some years later, and that was because I knew eCryptfs.

The path to master inventor is interesting. IBM does a lot in the patent space. I would say that for the most part I’ve disavowed software patents. I think they’re more destructive than they are productive at this point. And I spent a lot of time helping unwind some of that at IBM in the early 2000s. And I had some expertise around patents. And so I worked closely with the IBM legal team on that. But I looked at the work around patents as an outlet for creativity. I had a lot of ideas, and I wanted to do something with those. What you would do circa 2000-2007 at IBM, is write an invention disclosure. It would take you 15 to 20 minutes of writing to describe an invention. Then you’d put it out for some peers who’d review it. Maybe they’d modify it. You’d get some co-inventors and you would present it to an invention advisory board. And the ideas that they liked or found creative, they sent on to lawyers to do a search and then eventually file a patent. Over the course of eight years, I officially filed about 75 patents out of about 300 disclosures. And I joined one of the invention review boards. In recognition of that, there’s an honorary title called master inventor. After some number of years, a sponsor put me up for that. It is ceremonial but it was certainly a mark of recognition.

I have a bunch of inventions. The one that I think I’m proudest of, is something called Horses. It is a QWERTY keyboard for cursive handwriting from circa 2003. If you’ve ever on an Android phone, you put your finger down on one letter and swipe to another letter. I’m the I’m the primary inventor on that. IBM owned the patent, and sold it to Lenovo as part of the Lenovo sale.

Want to hear more from Dustin and DevOps Dive Bar? Listen to the complete podcast.